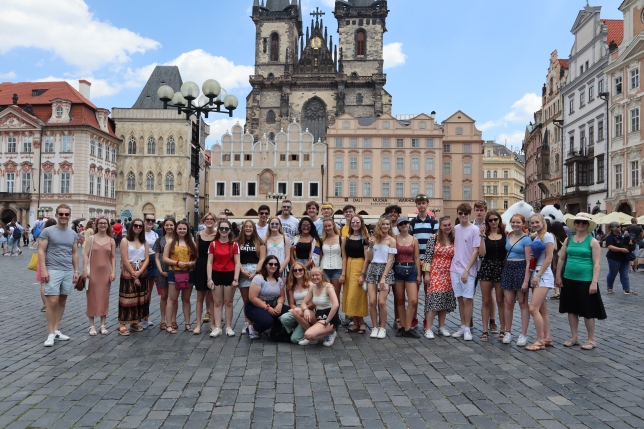 For the students in Camerata, the beginning of the summer holidays was spent touring around Prague, Bratislava and Vienna. The choir performed six times in eight days, including two Masses, three hour-long concerts and a performance in the highly prestigious St Stephen’s Cathedral in Vienna; where composers such as Haydn and Mozart worked and performed. The programme had a plethora of choral compositions, including works by Parry, Rachmaninov, Lotti and also compositions written by two of Camerata’s upper sixth students, Isabelle Barber and Elenice Andrews. The stunning venues, each with their own unique design, meant that Camerata had to adapt to each acoustic, both in the short rehearsal time before the performances, and also during the concerts themselves. Camerata consistently met this challenge, and could successfully showcase their vocal unity they are known for each and every time, making the trip incredibly gratifying for all. No performance went under appreciated, with Camerata often receiving standing ovations throughout their programme of concerts. The progress  and development Camerata fostered throughout the trip made each performance more special than the last, and each student was able to directly experience the reward of their hard work and commitment.