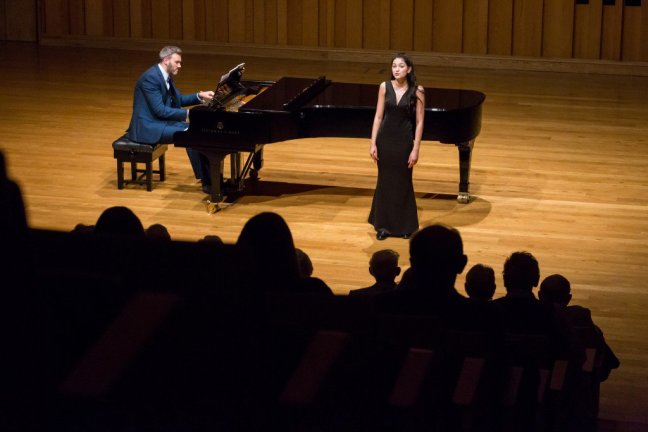 This term’s Open Musicians’ Platform was a twist on its usual format: instead of showcasing a variety of instruments, the concert was dedicated to celebrating the voice. Featuring works from renowned classical works, popular musical theatre, and iconic pop songs, it was an evening that showed the versatility of the voice as an instrument, and the ever-expanding stylistic interests of our student singers. English, Latin, Italian, and Welsh texts all featured too. For many, the highlight was a rendition of ‘Pie Jesu’ from Fauré’s Requiem, a work that stuns with its simplicity and elegance. Both musical theatre numbers – from Les Misèrables and Beauty and the Beast – also received particularly enthusiastic applause. The standard of all the performances, however, was very high, which demonstrated the breadth of vocal talent among Millfield students this year. We were delighted with the success of the first Singer’s Platform, and hope that it will become a highlight of the concert calendar for many years to come.